"It's impossible to overstate how exceptional the World Cup was this last week in Gualdo Tadino, Italy."


The event took place in Gualdo Tadino, a truly remarkable place. The beauty was astounding, but the "heart" of this town and this event was unparalleled. The way the simplicity of slingshots brought together an entire globe was astounding.

Mark and the Italians took such care with this event, there was so much heart, it will be a huge undertaking to ever outdo this event. 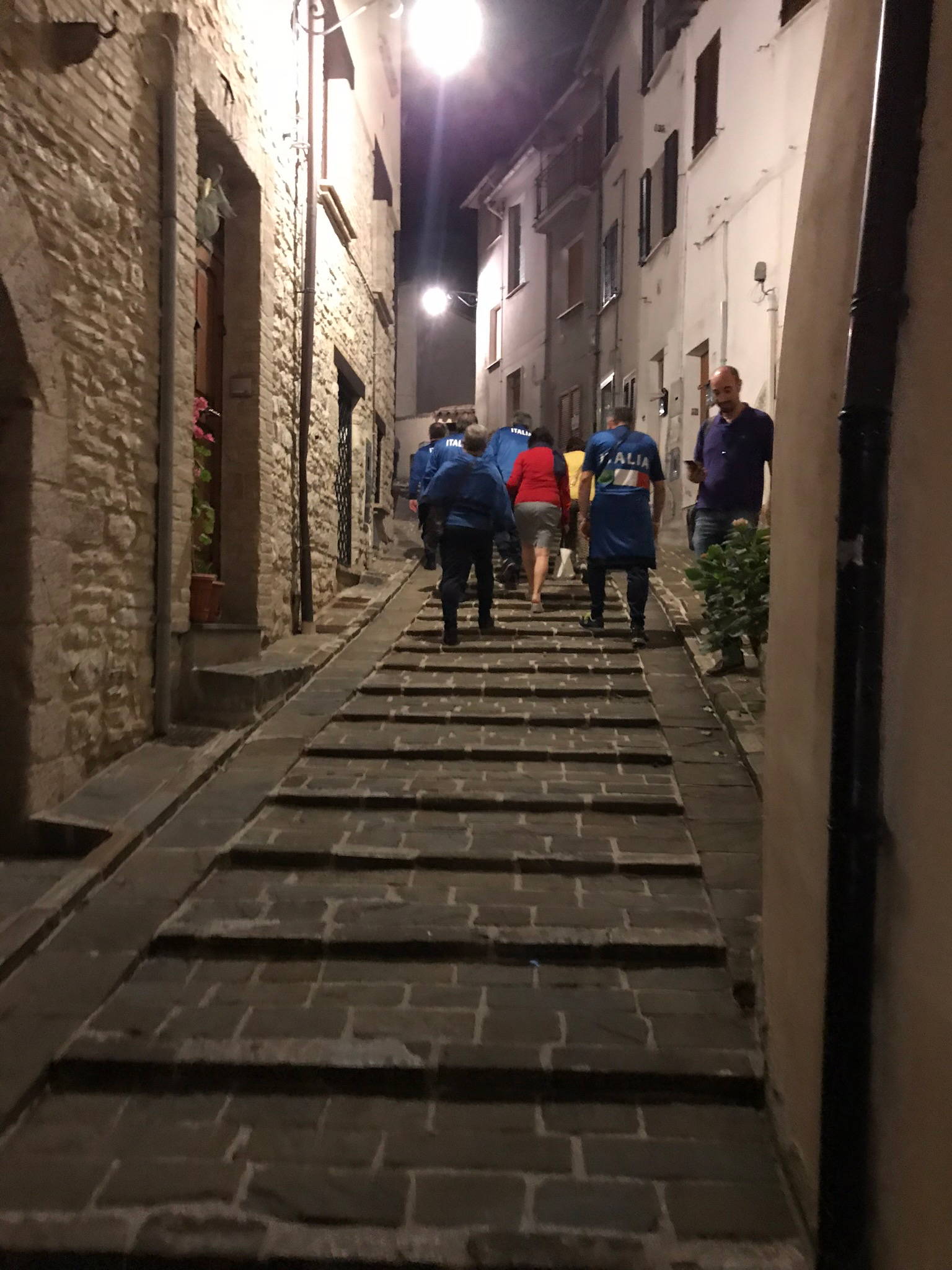 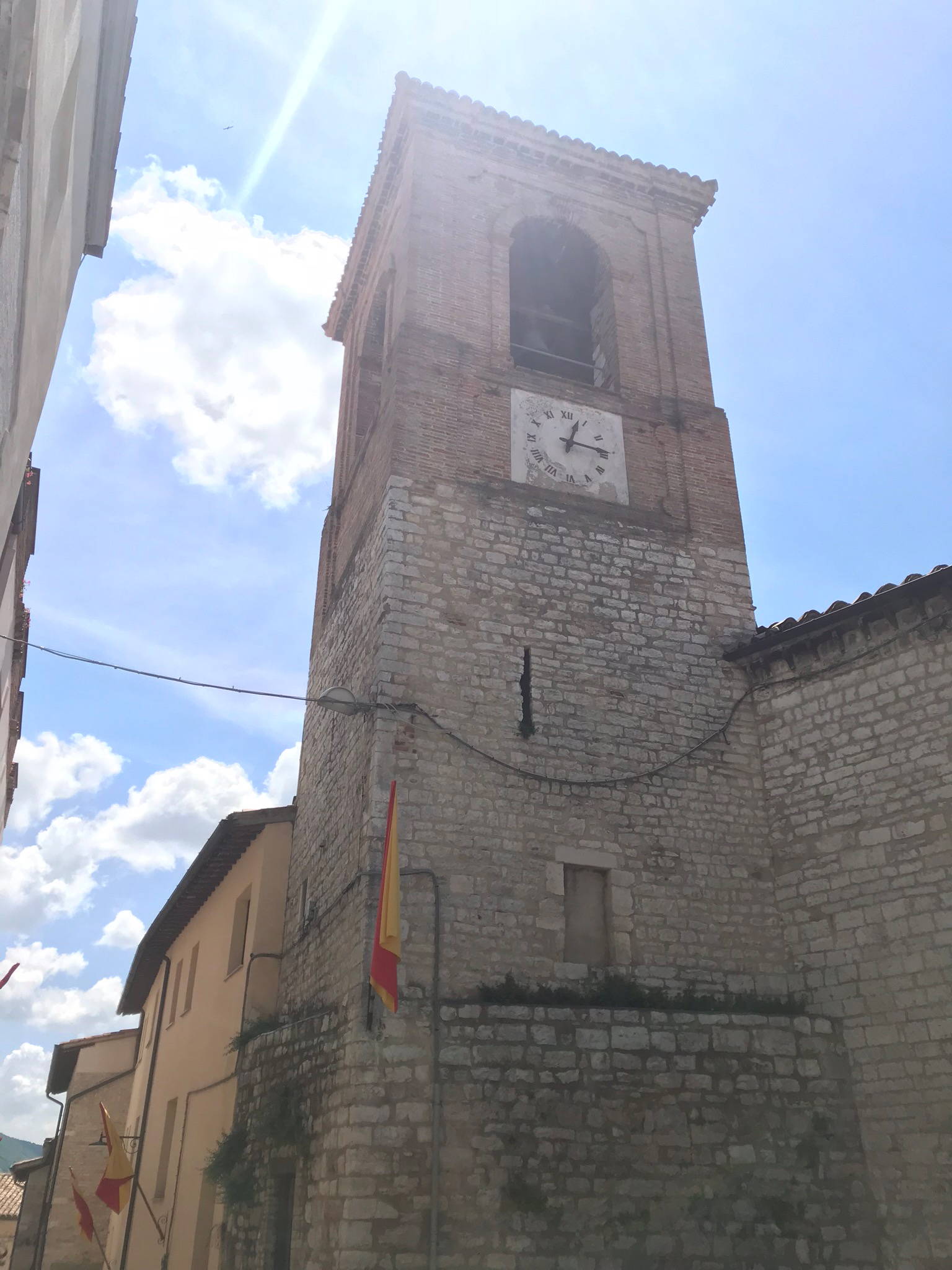 "I took part in something I will always remember."

The competition began with the delgates. Chuck Saunders and I were honored to represent the USA in the meeting of delegates. This meeting was first class from start to finish (all three hours). Rules were clearly reviewed, questions answered and oncerns addressed. Everyone had a voice and the comraderie and heart shown during this time was heart-warming.

The procession of nations that followed truly felt like we were at the Olympics. Words cannot express the warmth and heart (yes, you'll hear that word a lot) and tegether-ness felt during this time.

I had some excellent conversations about the head-game (mindset) of slingshot shooting. The Chinese and Spanish took the first seven places (yes, the top seven!). The variation in shooting styles was fascinating. The Spanish shot wide-prong, low frames with traditional Spanish style gum rubber. The Chinese shot small frames with very light bands and just 1/4 inch ammo.

But the greater distinction between the Chinese and Spanish vs. the other shooters was very evident. While the mindset of smashing the target (it's fun right?) is very common, the finesse and rhythm of the top 7 shooters won the day (and the tournament).

I consider myself to be a very engaged, aware shooter and can find a place of calm while shooting. But my normal rhythm of breathing, feeling my weight and finding center was not as grounding as usual today at the tournament. And instead of 5th place, I found myself in 9th . . .

. . . but the part that was life-changing was the way the athletes came together and enjoyed the tournament together. The bonding between athletes who don't speak the same language (communicating with hand gestures and improvised sign language) was heart-warming and something I'll never forget.

Congratulations to all the shooters, but especially the amazing showing by the Chinese and Spanish shooters. Their poise, rock-solid, almost robotic rhythm was a thing of beauty.

More to come, but I wanted to start here. I cannot speak highly enough of this amazing World Cup. The joy, the heart, the just plain love shown and felt during this event was the apex of the experience of slingshots.

The bar is set, and it's set high. Now, Olympics, here we come. 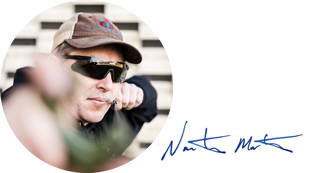 Today is International Slingshot Day!A few weeks ago we asked for your tributes to the...
Read more

ECST 2019 is here and done. And we learned a lot. First of all, slingshots...
Read more